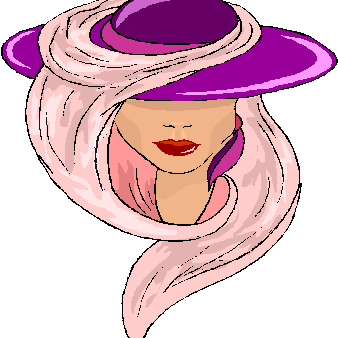 D. Anderson has not received any gifts yet

Occupation (tick all that apply)
Entrepreneur

Free at last! Free at Last! Thank God for Free dom.
New www.Ikanukan.com Aspiration Inspiration Motivation
The Acts of the Universe and Quest of the Ancients reveal the parallel realms.
New Kreation
New Transformation of Ikanukan
The newly Metamorphosized Ikanukan

Theodore Hubbard: Legend-Master Musician-Champion-Thinker
I am looking for 10 motivated and dedicated Champions with a drive and desire to change their lives both personally and financially NOW. www.ikanukan.com
Let’s journey into the conscious of champions. They know their purpose and have a voice. Wealth and prosperity designs are built in them. Cycles, seasons and mysteries unfold within. They know how to use the hidden factor. Many approach the mindset of the Mastermind Free Spirit!!! Champions are winners; entrepreneurs, kingdom builders, presidents, teachers, servers, believers, voice of victory, have faith,

For An Ever Better World.


Enter the Matrix: Spiritual Age of Wisdom Be Enlightened and Empowered.

Missions and visions are clear.
Free Gifts & Bonuses Dorothy Anderson www.ikanukan.com Get Your MegaProtocols
The REVEALED; Creating An Ever Increasing Better Self,

© 2008 all rights reserved by Dorothy Anderson

Courtesy free www.ikanukan.com
Go there now for the Powergrneses Trilogy. Get needed strategies, inspiration and knowledge to get your life on track. .
Vocational Information Center http://www.womenshealth.gov/index.htm

Thank You ... Now Spread the Word!
Meet Barack
Barack Obama was born in Hawaii on August 4th, 1961. His father, Barack Obama Sr., was born and raised in a small village in Kenya, where he grew up herding goats with his own father, who was a domestic servant to the British.
Barack's mother, Ann Dunham, grew up in small-town Kansas. He became a community organizer with a church-based group seeking to improve living conditions in poor neighborhood. He went on to earn his law degree from Harvard in 1991, where he became the first African-American president of the Harvard Law Review. Soon after, he returned to Chicago to practice as a civil rights lawyer and teach constitutional law. Finally, his advocacy work led him to run for the Illinois State Senate, where he served for eight years. In 2004, he became the third African American since Reconstruction to be elected to the U.S. Senate.
Whether it's the poverty exposed by Katrina, the genocide in Darfur, or the role of faith in our politics, Barack Obama continues to speak out on the issues that will define America in the 21st century

Many Languages One People

“Lord — Protect my family and me. Forgive me my sins, and help me guard against pride and despair. Give me the wisdom to do what is right and just.
And make me an instrument of your will.”

The past and present intersect the Future.

God Is In… Continue

Free at last! Free at Last! Thank God for Free dom.
New www.Ikanukan.com Aspiration Inspiration Motivation
The Acts of the Universe and… Continue

Benefits Alert: Pay Yourself First. www.ikanukan.com You Can Make A Difference About Your Destination to Success BUSINESS OPPORTUNITY Pay Yourself First Start Creating A Prosperous Future for You and Your Family Dorothy Anderson Independent Broker SUCCESS HAS ITS REWARDS. CONGRATULATIONS YES YOU CAN SUCCEED Freedrugcard.us : http://www.usrxcard.com/4732 Keep in Touch Family Activites Community EmpowermentS Complimentary Resource Package Courtesy of www.ikanukan.com Freebies Resources… Continue