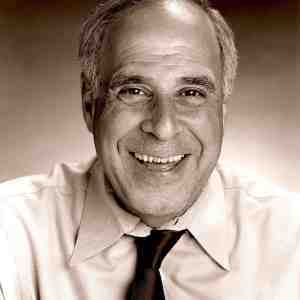 Jack Goldenberg has not received any gifts yet

Andy Sack said…
Jack,
What did you want to talk about?

So in the year 2007, as the children gathered around the ethernet one said, "Please, Mr. Goldenberg, tell us the story of the first Happy Meal."

"Yeah," said another, "and make it quick. We don't have all day. There's a rerun of "Heroes" on that I want catch."

"Well, I'll tell you the story," said Mr. Goldenberg. " but I can't promise it'll be quick. My stories are never quick. And there's so much to tell. It invloves Captain Kirk and Spock and even Gene Roddenbery, plus Dick Wolf, the creator of "Law & Order."

Then, as all the children nestled in their broadband blankets, Goldenberg began to weave the tale of the first Happy Meal.

In 1979, I was Creative Director of the Frankel Company, McDonald's sales promotion agency. At that time, the Happy Meal had been tried in McDonald's stores in New York, Philadelphia, Kansas City and other local markets, but it was just not a huge success. Kids were just not that interested in getting their parents to buy it for them.

So, the idea of nationally advertising and promoting a Happy Meal was little more than a dream.

Now you have to keep in mind that while McDonald's owned the rights to the name Happy Meal, they weren't the first fast food company to try to sell kids what is called a combo meal-a sandwich, drink and fries.Plus, of course, one of the damn little collectible toys! Burger Chef, a company that's no longer around was the first sell a combo meal, then Burger King and then McDonald's.

But none of them had much of a success with it. The financial benefit of getting kids to request a combo meal like the Happy Meal was HUGE. Figure that only 60-70% of kids who order a hamburger or a cheeseburger also get a drink with it. And maybe only 40-50% also want fries.

But McDonald's knew that when a kid requested a Happy Meal, 100% of the kids also got a drink and fries with their burger.

There were two probelms, however. (1) What to put on the box (the theme) to get kids to request it? and (2) Whether it should be in a box at all?

"One of the kids listening to the story started to cry.
"What's the matter?," asked Mr. Goldenberg

Goldenberg continued. Ray Kroc, the creator of McDonald's, wanted to put the Happy Meal in a bag because McDonald's would save several cents on every Happy Meal. When you're talking about selling million (now billions) of Happy Meals, those pennies really add up.

But I argued with Ray Kroc that the Happy Meal had to be sold in a box.

You see, to me, what would make the Happy Meal successful the Happy Meal was that if we could make it collectible, it would act as an "in-home reminder of the need to visit McDonald's."

(In today world--"Mom, Dad, we've GOTTA go back to McDonald's. I need three more Spongebobs to complete my collection."

While I certainly didn't know the word viral back then, I knew the power of kids when they want something. So if I could get kids to request a Happy Meal regularly, it would mean HUGELY successful product.

I told Ray Kroc (I never actually met him. I had to deal with him through Account Executives) that a bag would just slip behind a kids' desks and the kids would forget that they NEEDED to get back to McDonald's.

But a collectible BOX, now that would be on a kid's desk in his room--right where a kid could see it.

Eventually ay Kroc agreed, but that still left us with the problem of what to put on the first national Happy Meal boxes. McDonald's had tried several themes on the local Happy Meal boxes, like outer space and the Grand Canyon, but none were very compelling to kids.

I told my contacts at McDonald's that movie merchandising was going to be the wave of the future. Now today, EVERY company knows the value of entertainment tie-ins, but back then none of the fast food companies were using movies to promote their products.

I suggested tying in with the first "Star Trek" movie, but McDonald's said "that would be using borrowed interest."

I remember saying sarcaticly at the time, "Yeah, you're right. A kid's going to walk into McDonald's and say, "Hey, Dad, they have a "Star Trek" Happy Meal."

I couldn't convince McDonald's management on my own, so I brought in someone with Hollywood contacts, a terrific marketer named Rusty Citron. He gave a talk at Frankel on the value of entertainment tie-ins. But it still that wasn't enough to convince McDonald's management to go down the potentially risky road of using a movie to promote hamburgers.

Next, I brought in a friend of mine, Dick Wolf, currently one of TV's most successful producers, but this was before his Law & Order days. Dick was doing movies back then, but even he couldn't convince McDonald's to tie-in with the first "Star Trek" movie.

Then, a miracle happened. Coca-Cola bought the rights to promote the "Star Trek" movie and gave the rights free to McDonald's if they woluld use it in store.

McDonald's agreed to use the licence on the first national Happy Meal. My staff at Frankel designed some great looking "Star Trek" Happy Meal boxes, we purchased the Star Trek premiums, and the rest is history.

McDonald's spent about $20 million dollars behind the Star Trek Happy Meal. The Happy Meal was a HUGE sucess and it helped launch all those future "Star Trek" movies, too. Not to mention every marketer in the country jumped on the entertainment tie-in bandwagon.

One more part to the story. McDonald's paid Willam Shatner, Leonard Nimoy and Gene Roddenberry, the creator of the "Star Trek" TV show, to kick off the Happy Meal promotion at a national meeting of franchisees. Back then "Kirk and Spock" were fighting with each other over the first "Star Trek" movie, so both used their appearance to roast the other. They said pretty cruel, but funny things. The audience of franchiseees loved it.

'Well, that's it kids," said Goldenberg, "do you have any questions."

"Yeah," said one youngster, "you must be pretty old to have worked on the first Happy Meal. How old are you anyway?"

"Well, age is a relative thing," said Goldenberg."So without being specific, I will tell you this. When I was young, I had to walk 20 miles... in the snow... just to pick up my e-mail."

I love that you worked on Hurricane Katrina relief!

Your occupation says entrepreneur, other. What is the 'other'?

In my full time job, I'm a senior copywriter for a large pharmaceutical company. I work on drugs for HIV, Hepatitis B, rheumatoid arthritis, cancer, etc. I also work on corporate projects like this Sunday's NY Aids Walk in Central Park, National Mental Health Month and an anti-stigma camapign for mental health.

My own company, Einstein da Vinci and Goldenberg, has a profitable ("I wish") and pro bon side. I created, patented and am trying to license a FlipWatch, a watch with faces (back to back) and a flexible band, so a wearer can turn it over and over.

It could be any combination of two watch faces like a favorite baseball and football team (NY Yankees and NY Giants), political (Obama for President and It's time for a change), moods (Happy and Sad), super heroes (Spiderman and Peter Parker), movie heroes and villains (Luke Skywalker and Darth Vader) or funkier choices like bacon and eggs (Kevin Bacon and sunny-side up eggs), Mr. Coffee and Mr T or the Chicken and the Egg.

I also do a limited amount of marketing and PR for a few friends like promoting a web site, www.cocoaconnoisseur.com, that sells hot chocolate.

We (well, there's only me right now) also do one or two charitable projects a year like raising money and awareness at Christmas so disadvantaged kids get a Christmas present or feeding 75,000 people a year a hot Thanksgiving Dinner.

I'll talk to anyone about their own projects, but I don't have the time to participate beyond
talking to someone over the phone and advising them.

Ari Newman said…
thanks for sharing the mighty site - what a way to start the day!

Moeen Raoof said…
Hi Jack, that was excellent. Thanks.

Dawn Mular said…
Jack that is a wonderful treat! Thank you.. Very fun

Jack Goldenberg said…
Thanks for the Thanks. Coming Soon, Another Story:
Pee-wee Herman and the West Coast Chimps