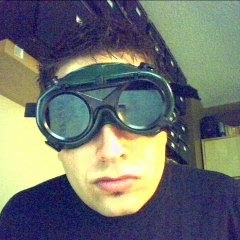 Michael Smith has not received any gifts yet

Give Michael Smith a Gift

Rizal Karim said…
thanks.. keep an eye open for hypesphere ;)

I read your blog about executives and sports teams and I must be the exception to the rule. I'm far from the best player on my softball teams, but I'm definitely the oldest. Still, what I lack in actual ability, I make up for in drive.

I run as fast as my 59 year-old legs (soon to be 60) will take me, I often go for the extra base and I slide into every base but first, even when I don't have to ( it drive the opposing team nuts).

By the way, I read that you're funder. If that's true, I'd love to talk to you about a sports related product that I think could be the biggest selling sports item ever. It has so much potential, I don't even want to produce it myself, I want to license it to a company who has the experience and connections to get both an NFL and a Major League Baseball license.

I've got a unusually successful track record of knowing what people want, having helped launch some of the biggest selling products ever, including McDonald's Happy Meal, Cabbage Patch Kids dolls, Po Rocks candy, the Pee-wee Herman toy line and everything Erno Rubik created after Rubik's Cube (5 products, I tihnk).

I'm not saying I was always the major player in making those products successful, but even if I did nothing, which is far from the truth, I'd be a good investment just based on my ability to be in the right place at the right time.

If you're interested in finding out more, let me know. My product is patented, extremely simple and extremely cool.